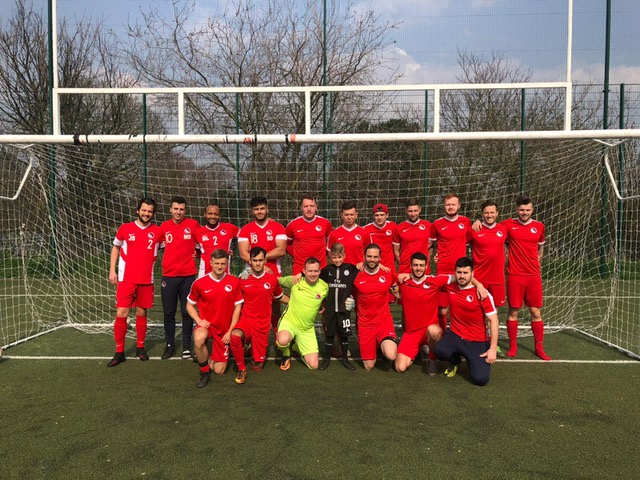 SELHURST SA - CHAMPIONS OF THE LEAGUE


After a fantastic win last week against Worcester Park, we went into this top of the table clash against Wandgas knowing a win for either side would swing the title in the favour of the winner. A win for us would see us clinch the title with 2 games to spare. Wandgas were before this game unbeaten all season at home so we knew this was going to be an extremely difficult game.

We started the brighter of the two sides & went close with good early efforts from Riki Spencer & Rob Tanner , as the half went on Wandgas started to grow into the game, their number 10 forcing an excellent save from Liam in goal with around 20 gone. Then again Selhurst started to get on top again with our midfield playing some good stuff & our wingers always stretching the Wandgas back four. Rob Tanner then almost scored a spectacular goal with an over head kick skimming the far post. A slightly cagey half came to a close with not much in it at all with 0-0 probably being a fair score line.

We then came flying out of the blocks fast & a Sid Djennad rocket from 30 yards crashed off the post & came back out , a great effort from distance. It then remained cagey until a wonderful strike in the 73rd minute from the Wandgas number 7 picked out the bottom corner from 25 yards - no chance for Liam in goal a great strike. At this point is when Selhurst had to start chasing the game & we went close from Sid Djennad forcing a good save out of the Wandgas keeper, but with 5 to go Sid Djennad found Rob Tanner in space who looked to have taken too long but gave the keeper the eyes & rolled it into the bottom corner to equalise for us. Robâs 33rd goal of the season & 100% the most important. Then in the 92nd minute a fantastic Jay Bateman through ball found Riki Spencer in space who raced through & smashed the ball into the roof of the net over the advancing goal keeper. A fantastic way to win the league title with one of the last kicks of the game.

A great effort this season from our lads after a lot of changes to the team this year. The group is phenomenal & we will look to kick on again next year & get even stronger. A young group with a lot of potential & desire, all of these boys fight hard for each other & ultimately I think that & some of the fantastic individual talent has seen us over the line this year.

Also special mentions to who were unavailable on the day but have played a huge role :