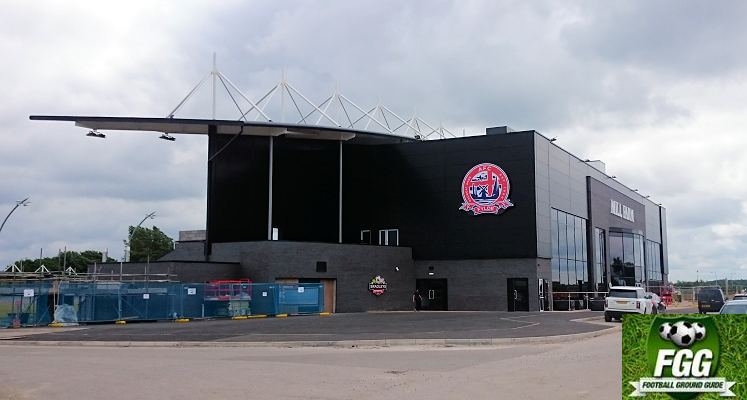 FYLDE FLY BY SELHURST TO PREPARE FOR SUTTON FC

Selhurst Sports Arena were proud to welcome AFC Fylde from the Conference Premier who undertook final training preparations for their weekend clash with Sutton FC.

It's been a meteoric rise for the 2008 FA Vase Winners ( under their former name of Kirkham & Wesham ) who were only formed in 1988. They now play in the fifth tier of English football, and play at Mill Farm Stadium ( pictured) in Wesham in Lancashire in the North West of England.

Director of Operations , Ewemade Orobator stated. " We are pleased to have a facility that truly is for all from the professional teams to the Junior players aged 5 who are just starting out in the game".