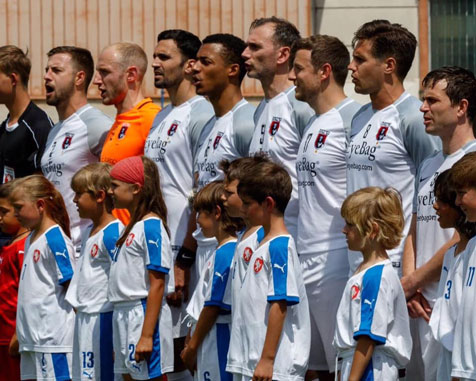 DOCTORS ORDERS IN TIME FOR THE WORLD CUP

The British Medical Football Team (also known as BMFT or Team GB Medics) competes each summer in a World Cup against physicians from other nations and we are delighted to have been asked to help them prepare at the Selhurst Sports Arena.

The tournament represents the peak of medical football, with in excess of 20 teams from around the globe taking part. Matches are typically played at excellent grounds, with often world class facilities, with support from tourist boards and commercial sponsors.

Footballers in the top teams, of which Great Britain is considered to be one, often have professional, semi-professional or academy playing experience. Usually, at a minimum, players have competed at a strong university first team level - but each player must possess a human medical degree.

Current squad members represent a wide range of medical specialties such as general practice, orthopaedics, sports medicine, anaesthetics, surgery, ophthalmology and ENT, with many still playing club football during the season throughout the non-league.

Team GB are the current World Champions after winning the 2018 tournament in Prague, beating the hosts and then holders the Czech Republic in the final. Great Britain will hope to defend their title in Mexico 2019 from June 29 to July 7.

If you want to watch them in their last warm up match vs Alleyns, drop in on Sunday 23 June 2019 at Selhurst Sports Arena. Kick off 2.30pm