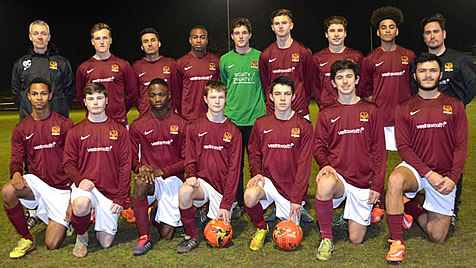 Selhurst Sports Arena are delighted to welcome its new Football and Education Partner to the Arena with football and educational opportunities at the heart of the plans from the Surrey Elite Runners Up and London Chartered Club of the Year. Balham FC finished 2nd and were promoted from the Surrey Elite League in 2015/16. This was Balham's 4th promotion in the last 5 seasons and are now competing in the Combined Counties Division 1, where the target is the same as the last 5 years; to get promoted again playing exciting, dynamic football.

Balham Fc are a South London based club who for the 2016/17 season will have a total of 12 teams competing in Tandridge leagues in Surrey, a men's team competing in the Combined Counties Division 1 and 5 teams competing in the South London Saturday league. They have been running for 15 years and are always giving players a chance from all the south London areas including but not limited to, Balham, Tooting, Croydon, Wandsworth, Streatham, Peckham, Dulwich and further areas within the county of Surrey. From the 2017 season Balham will be looking to introduce an U18 Scholarship programme in conjunction with SFX 6th form college that will give the players to train and play in the day at Selhurst as well as take part in their educational studies at SFX College. This will provide opportunities for the community in Selhurst with the requirements of referees, assistant referee's, players and coaches needed for the programme to function. This could involve potentially 6 under 18 teams running at once including 4 boys teams and 2 girls teams, all requiring suitable coaching from the local area.

1st Team Coach Jamie Scott added " Training and playing at Selhurst will be a huge positive for the local community and will strengthen our ties with football in Croydon and football in Surrey."