Balham FC who train regularly at the Selhurst Sports Arena have done it again and continued their incredible run of success.

Following promotion last season, from the Surrey Elite League at Step 7, it's been another fantastic season for the Balham FC First team who, having finished in 3rd place in the Combined Counties League Division One at Step 6, have been promoted to the Combined Counties League Premier Division at Step 5 for 2017-18. Forty-two players have contributed on the pitch and there's been great work off it too from all those behind the scenes. What continues to make each promotion very special is the amount of players involved who have come through the age group system at the club. Balham FC is always looking to add players of quality from outside but the primary aim is to develop from within and to give opportunities to players for whom pulling on a Balham FC shirt means everything. 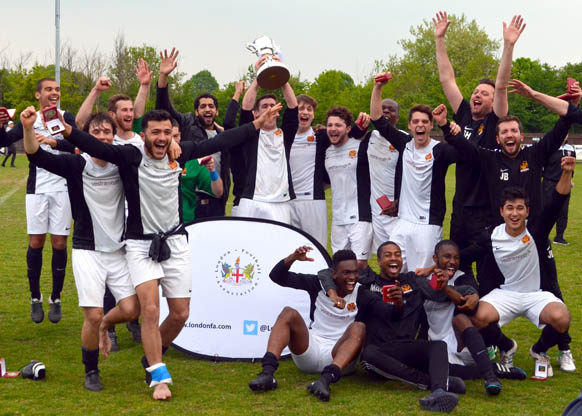